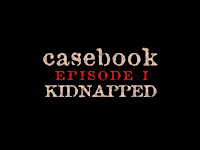 I honestly can't believe this. I never thought an FMV game would be made in this day an age. And it's pretty decent too. Casebook Episode 1: Kidnapped was published in November for digital download by New Zealand developer Areo. In it, you play yourself, as a forensic detective aiding your partner Detective James Burton. At the start of the game, you are responding to a report of a kidnapping. Little Greta and Harry Birchermann were kidnapped from their bedroom in the Birchermann house. Detective Burton gives you a rundown and a camera and sets you loose in the first crime scene, the kids' bedroom. 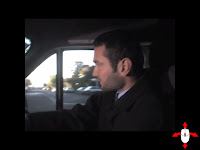 The camera must be magic, because it also collects trace samples just by taking pictures of them. When you have it full, you go back to the mobile crime lab van that you drove to the crime scene. Then you upload the evidence to a computer and play a series of forensic-themed mini-games. When you are really on to something( meaning you collect the right sample), Det. Burton will go interview a suspect or lead and the game plays a nice cutscene. When you get enough clues to significantly progress the investigation, a new crime scene is unlocked and new tasks are set before you. 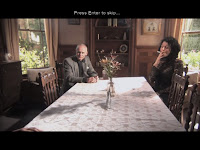 For the most part, the video portions are of very high quality. The cutscenes of the interviews with Det. Burton are of the highest quality. The scenes where you are following the detective or he is talking to you are of lower quality and slightly blurry, though they enabled the mouse so that you can look around. That little detail does add something to the realism. The heavy compression is probably due to restrictions on download size at some distributor's websites.

The non-video parts of the game where you investigate the crime scenes also suffer from intermittent blurriness. It was hard to see the things I was supposed to see sometimes. However, there was no chance of getting stuck, because Areo has included an innovative hint system. Whenever you feel like you don't know what to do next you can press the “I” key on the keyboard and it will activate the “Intuition” feature that will point you camera in the right direction. I found I used this too much though due to lack of definition in the scenes.

The story was fun, though I felt it could have used a little more suspense. Maybe some cutscenes of the scared children would have added more to the sense of danger. Overall there could have been deeper intrigues. I felt like the outcome of the story was easily predicted save for one turn of plot. The music supported the noir-style scenes well and didn't distract me.

I would have liked it to be a little longer and deeper, but it's pretty cool that they expect to make more episodes and I'm really looking forward to the next one. 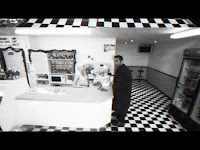 Conclusion: This is an interactive movie along the lines of Tender Loving Care or Tex Murphy if you subtract

puzzles and comedy. It does stand on it's own and was a fun experience. I want

to play the next episode as soon as it comes out.

Don't take my word for it there are more reviews to be found at Adventuregamers, Gameboomers, and Gamezebo.

This game can be obtained from the Casebook official website. I downloaded mine from Big Fish Games.

Next up: Emerald City Confidential