Overclocked: A History of Violence

I've been really slow. A lot of things in my life have interfered with me posting to this blog I was so eager to start. But I'm here now, so here goes.

I got a chance to sit down with House of Tales' Overclocked: A History of Violence this weekend. This game was released by publisher Lighthouse Interactive back in April 2008, and I was really excited to play it. It is a third-person investigative game where you play a psychiatrist with a dark past, Dr. David McNamara. 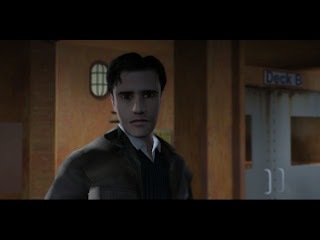 In recent days, there have been a handful of young people caught wandering the streets of NYC with guns and a rockin' case of amnesia. They have been admitted into this creepy old relic of the turn-of-the-century mental health system. Supposedly the hostpital is supposed to be shut down and these are it's last patients. As Dr. McNamara unmedicates the patients and begins investigating their memories he uncovers the interconnected story of how they ended up wandering the streets of Manhattan with guns.
It's not just a 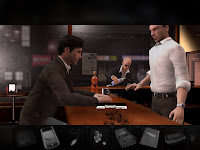 simple and straight forward investigation story though. Dr. McNamara has to contend with obstacles in his personal life and from the establishment at the state mental hospital. It makes for a very compelling story. In fact, that's the stregnth of the game. The story is very good. Even if it is predictable at times, the tension is maintained such that it really does drive the player to continue. The graphics are also not too shabby for such a game. I particularly enjoyed the water effects down by the pier.


The puzzles...not so much. There are a lot of illogical puzzles. Some were really ridiculous, and it detracted from the serious tone. A lot of this game is just not realistic, and I think realism is what they were going for. For instance, the hotel porter never leaves. T 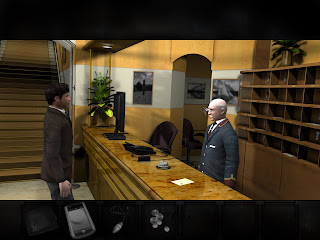 here is never a change in who is manning the desk. The rain never stops. I know this is for dramatic effect, but it's rather heavy handed. The game is set in NYC, but it doesn't really feel like it. All the people are standing around in the rain without umbrellas, and there's just too few people. There could have been some more shots of NY landmarks to really get the feeling across. The voice acting is sometimes very good. The flow of the conversations feels unnatural though. Sometimes the awkwardness adds to the pervasive tension in a good way, and other times it's distracting because it is so stilted.

All of this is mostly balanced out by the story though. Which is why I play these games anyway. The puzzles weren't all that hard and they didn't detract from the obvious narrative focus. Overall, I'm glad I played it. I may play it again sometime in the future. I'm interested to try some more games published by Lighthouse, and I am looking forward to more titles from House of Tales.

Conclusion: There were some real missed opportunities, but it is still worth playing.
Posted by Banderwocky at 3:11 PM